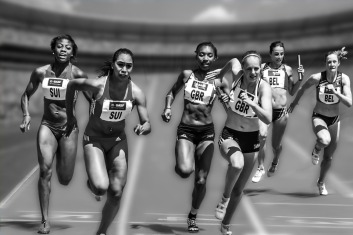 The Core isn’t going to make my list of best movies ever. Even so, it is a decent, watchable drama.

But, as a movie, it offers us a life lesson on making resets stick in our lives (renewal).

The movie, if you’ve never had the chance to watch it, is about an attempt to save the world. Due to some manmade experiments, the earth’s core dies and epic disasters ensue across the globe.  The answer?  Build an improbable vehicle that can tunnel all the way to the Earth’s core.  Then, when you get there, set off a nuclear blast (it’s always a nuclear blast!) and restart the core.

In movies, the answers to problems are never simple. The heroes have to have a challenge to overcome. So, this unlikely crew makes it to the Earth’s core and is prepared for its task when the problem shows up.

The greatest scientific minds in the world miscalculated the size requirements for the blast needed to make this change in the dead core. The one large blast they have planned will not be enough to “reset” the system.  It seems that the crew doesn’t have the tools to finish the job.

I started to think about that in terms of a life story, my life story. How many times have I thought that if I could put everything into fixing one thing it would all magically fall into place? If I just do this one big, improbable thing, then everything is going to be good.  In doing so, I can miss the point. I can pour everything into one megablast and it still fails to move me toward renewal.

Now, for a moment, let me pause to say this. I’m going to make a confession and, maybe, you need to do it too. I’ve struggled to put everything in my life into one megablast called perfection. (We’ll definitely jump into this one in the future). Yes, it’s not achievable but I’ve spent so much time trying to get there.

Remember the definition of insanity? Doing the same thing over and over and expecting a different outcome.  Perfectionism is pure insanity.

And it’s a good thing to give your best at everything you do.  But, what if we become so focused on “perfection,” and we pour so much energy into being “perfect” and planning for all the “what ifs” that our “reset” ultimately fails?

But here comes The Core again with a solution. One of the brilliant minds gets an idea.  What if, instead of letting everything ride on a single blast, there was another way? What if more could be achieved with a series of small blasts designed to build and sustain momentum?

With no other option, they put their trust in this series of smaller events.

And, yes, the world is saved!

I think about this image in terms of something I love to watch — relays in track and field. When a relay is well executed, both runners are in motion and there is a seamless exchange of the baton.  The momentum of one runner moves into the momentum of the next runner until the the last runner crosses the finish line.

The outcome of a relay race is not tied up in the big goal of finishing or winning.  Instead, it is tied to a series of smaller outcomes that can change everything.  When a runner falls, or a baton exchange is missed, it becomes harder for the next runner to complete the task.

Now, how can we we apply this to us? I’m beginning to think about my life story this way and, maybe, we can give it a try together.

I’m setting a goal that I want to write and publish a book.  It’s something that I’ve always wanted to do and there’s no better time than the present. Today, I do not have a book and in the future I want to have one. So, what gets me from “no book” to a “published book?”

I could approach it with the mindset that I have to sit down and start writing and I can’t get up until the book is completed.  I could pour everything into the big goal that way and, probably, it would lead me to burn out, to writer’s block, or just to ultimately failing to reach the finish line.

But what if I set a series of smaller goals — a series of baton exchanges, if you will, that lead me to the finish line?  I write a chapter this week, a chapter next week, and so on until I complete the writing. Then, I want to do the proof reading and editing. Each smaller step builds and builds toward the final goal.  When I complete each step, I celebrate moving closer to the goal and, as I move closer to the goal, I become more determined to complete it.

That same thing applies to life change. I can decide that I want my life story to go in a particular direction or that I just want to make a particular change.  and then I need to do the small things, the small steps that move me closer and closer to your goal.

That’s something that children seem to do instinctively.  Why do we seem to forget it when we get bigger?  We don’t expect babies to move immediately from crawling to running. It’s a series of small steps in between that will move them there.  So, why shouldn’t that also work for us?

So our challenge in this:  Where do we want our reset to take us?   Once we decide that, how do we divide the journey into a series of smaller, achievable goals that will get us to the finish line?

So, let’s take the first step.

Reignite My Story is based on fact that every life story can be reset, renewed and redeemed.  For more life lessons, visit www.reignitemystory.com. For more, like our Facebook page or follow us on Twitter at @reignitemystory.  You may also send email to reignitemystory@gmail.com.